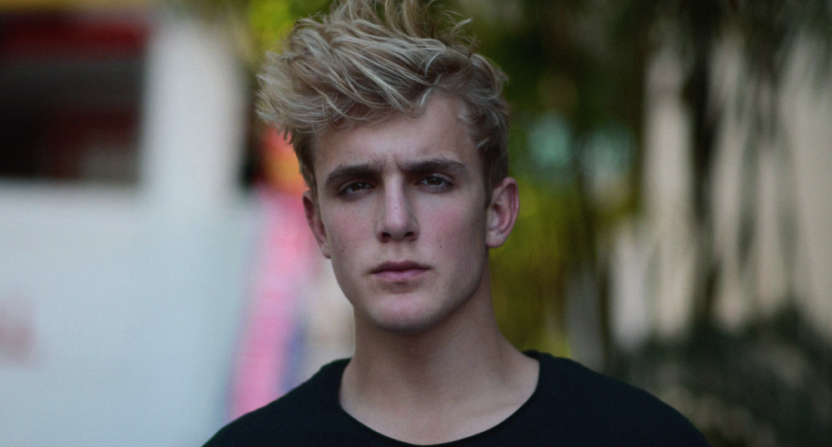 The Paul brothers are both incredibly successful social media stars, replete with the requisite screaming teenage girls as well as incredibly dumb stupidity that comes as part of the territory. After Logan’s escapades in Japan’s suicide forest, which everyone with a brain cell roundly lampooned him for, his younger brother Jake has started an “educational platform” for up-and-coming social media stars called “Edfluence”, a horrible portmanteau of “education and influential people” to teach 13 year old girls the ropes of becoming social media stars.

If you want to spend your life chasing stardom on the internet you’re most certainly not going to get, why not spend that $64 of your hard-earned allowance cash on courses taught and designed by two of social media’s biggest goofballs to do so? It’s a foolproof business plan!

You’re not exactly reading from a textbook, or sitting through an hour long lectures. Edfluence has short videos to provide tips and tricks from Jake and his friends from “Team 10”.

“This roadmap lays out every step that I and Team 10 have taken to get to where we are today. It’s literally the roadmap to becoming social media FAMOUS,” Paul writes. He doesn’t include that you need to have luck more significant than the biggest Powerball winners, but where would the fun be if you mentioned that?

First up, the site requires you to take a quiz to determine what type of “influencer” you’re going to be. Their “algorithm,” if you want to call it that, can determine what you’re naturally set up to be with questions like “what is your game of choice,” which could be Call of Duty, Angry Birds, board games or only hanging out with friends. These questions are pointless because lessons are not fine-tuned for what type of influencer the quiz says you’d be best out, and because the answers don’t say anything of value, it’s a diversionary tactic at best. But, it gets better.

After taking the most pointless quiz of your life, you are shown the same video with Paul explaining his life story to you and why you should give him your allowance money.

“It wasn’t always fancy cars and nice hotels,” he explains, after getting out of a McLaren, he has no business driving. He was just a dumb idiot (my words) from Ohio who got incredibly lucky and now lives a life of luxury and stardom in Los Angeles and makes more money than many will see in their lives because capitalism sucks sometimes.

“I get to do what I want,” says Paul. “And I get paid millions of dollars to do it… We live in a new world now where you get to decide your destiny, where you create your own fate.” Sure you do bud, sure you do.

The initial entry fee to buy this snake oil is $7, for which you get a nebulous and broad video on social media success, which sounds eerily like a 4 AM infomercial for a vacuum cleaner.

The people who will win are the ones who know exactly how to take advantage of social media in its early stages,” Paul retorts, trying to desperately get you to pony up your cash. “Will you be one of those people?” He asks, pointing at the camera. You probably won’t be, but we were all stupid teenagers at one point.

“If you do social media right, and really take this course seriously, you can buy all of the things that you’ve dreamed of and make millions of dollars. It’s not a joke”, he says. His pitch is sounding more and more like a joke, and one that the Better Business Bureau is not exactly going to find particularly funny. Going to college to become successful in business, the law, or medicine is nothing comparing to desperately trying to hit the social media lottery.

If you pay the additional $57, you get very tasteless videos on the history of social media, including a history of Myspace that is so shockingly bad, reading Wikipedia would probably give you more information. Then he talks about the now-defunct Vine and its history, neglecting to mention that YouTubers were already reasonably successful when idiots like the Paul’s were getting popular for six-second nonsense.

“People naturally want to retweet and engage in super funny videos and memes,” he says on Twitter, minus the fact that most of the memes are not that funny. He neglects to mention that most people on Twitter are kind of rude, but let’s gloss over the ugly side of social media, because why would you spend 64 hard earned dollars to learn about why social media mostly is terrible?

There is so much more to this that our friends at The Verge so beautifully dissected piece by piece, but this gets us to the crux of the argument here: why would you spend this much money on what amounts to a thinly veiled pyramid scheme? Certainly, fellow Youtubers have figured this out, because they’ve had a field day saying why this is a scam.

“It’s like a fricken pyramid, Ponzi-scheme piece of shit,” says Taylor A, a Youtuber who did a public service in posting a video documenting this horror show for the masses. “This is a PSA to parents, I guess you could say: do not buy this,” says Scott Mulligan, noting that Paul’s audience skews young. These Youtubes are genuine people who don’t try to mooch other people by selling them snake oil and a fake bill of goods. It’s made even worse because there better videos on Youtube you can watch, for free, that give you better advice on what to do to become famous on social media than anything that Paul could do.

I’ve spent nearly 1,000 words dissecting this garbage, and Megan Farokhmanesh of the Verge spent even more internet ink with her piece, and she did a brilliant job of it too.

Jake Paul’s “Edfluence” is a Ponzi scheme, not just because becoming a social media star is more luck than skill, but because you certainly don’t need to take your parents (or your own allowance) money to figure out these lessons for yourself.

Recent Maryland graduate. I've written for many sites including World Soccer Talk, GianlucaDiMarzio.com, Testudo Times, Yahoo's Puck Daddy Blog and more. Houndstooth is still cool, at least to me. Follow me @MattsMusings1 on Twitter, e-mail me about life and potential jobs at matthewaaron9 at Yahoo dot com.

A body was found in lake outside of SoFi Stadium

Umpire blasted for performance in Braves vs. Mets game