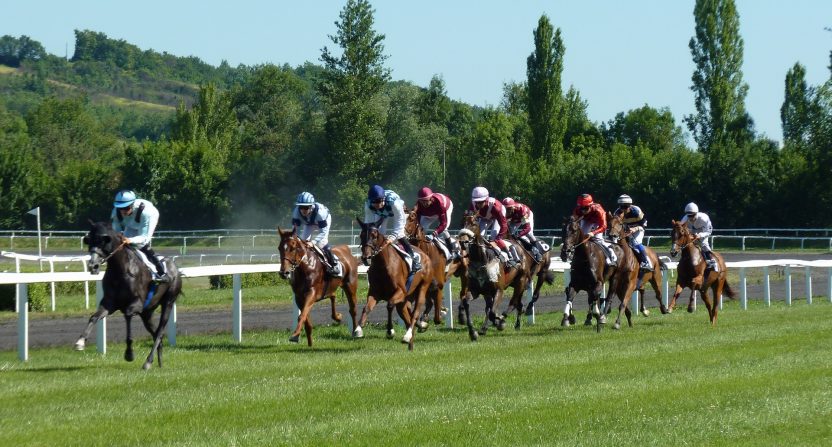 While it’s true that the Preakness racecourse is shorter, it will test the ability of the colts to reach the finish line at their fastest speed. It will also celebrate its 145th renewal, featuring a glaring prize at the stake of $1,500,000. The Preakness Stakes is going to happen on October 3, 2020, at Pimlico Park, Maryland.=

The Preakness Stakes will only allow fourteen horses to saddle up inside the field. It is anticipated that Derby winners and some Belmont accomplishers might fill in the gaps. While the list contenders are not yet final, here are the four colts that will surely appear in the 2020 Preakness Stakes betting.

Probably the best candidate for the Horse of the Year award, Tiz The Law is undoubtedly not a typical horse to set aside. Barclay Tagg had his last appearance in the Derby through Funny Cide in 2003. Today, he is back in the Triple Crown Series, bringing Tiz The Law on the scene and impressing the horse racing community since the beginning.

With seven racing accomplishments since his birth, he was undefeated in his last four games. He bested top horses in today’s generation, earning the titles in the Travers Stakes, Holy Bull Stakes, Florida Derby, and Belmont Stakes. Apart from that, he is the big favorite for the upcoming Derby, and if he wins, a possible Triple Crown title awaits him.

In the Preakness Stakes, Tiz The Law is also a sure contender. For a horse to win the Triple Crown, he must win all the titles, including the Preakness. Make sure to keep track of this Horse from time to time, especially in the Derby. No horse can probably overcome Tiz The Law’s racing form today, so don’t hesitate to bet for him.

Another colt that will surely run for the 2020 Preakness Stakes is Pneumatic. The son of Uncle Mo has made five racing games since his birth. He is ridden by Joe Bravo and trained by Steven Asmussen. Aside from that, this three-year-old racehorse is bred and owned by Winchell Thoroughbreds LLC, and already earned $256,850.

Pneumatic started his career earlier this February. He ran in the Maiden Special Weight and Allowance Claiming at Oaklawn Park, where he won right away. After that, he competed in the Matt Winn Stakes and won third place.  He participated in the Belmont Stakes and placed in the fourth spot. Last August 15, he took part in the Pegasus Stakes, where he won the title.

With these achievements, Pneumatic has sent his bid to take a sure spot in the Preakness Stakes. His odds today in the Run For The Black-Eyed Susans are impressive, sitting next to Tiz The Law. You won’t get wrong if you consider Pneumatic as one of your bets in the Preakness field this October.

For a horse that wants to prove how well he can challenge the tough ones, Lebda is heading to the Preakness without hesitation. This three-year-old colt, which is the son of Raison D’etat, has made ten racing games since his birth. Out of these, he made four first-place wins, one in second place, and two in third-places.

Lebda is Claudio A. Gonzalez’s entry to the 2020 Preakness Stakes. He is ridden by Alex Cintron and bred by Calumet Farm. Although Lebda’s name has recently appeared in the Preakness Stakes odds ranking, he made a noise to several significant races in the United States.

His first stakes racing competition was with Iroquois Stakes, where he settled at third-place. After that, he competed in other races like Nashua Stakes (9th), Heft Stakes (3rd), Ohio Derby (6th), and Haskell Stakes (6th). His titles were the ones he earned from  Miracle Wood Stakes and Private Terms Stakes.

The last Horse that confirms a last sure entry to the Preakness Stakes this year is Mongolian Wind. Bred by Daguadorj Ganbaatar, this horse has made three racing starts since his birth. He is trained by Wade Eno and ridden by Wilmer Galvez.  Mongolian Wind is the son of Mucho Macho Man, known as one of the prominent American racehorses.

Mongolian Wind was recently sold to Mongolian Stable and Stronach, Andrew, after winning the Maiden Claiming last June 28, 2020. After that, he participated in the Manitoba Derby and won the title right away. Today, he’s challenging the best colts by participating in the Preakness Stakes in October.

With the same hype of the upcoming Derby, the Preakness Stakes is more intensified as it brings the possible Triple Crown entrants this year. Therefore if you are looking for deserving Preakness Stakes bets as early as today, the four horses above will not disappoint you.