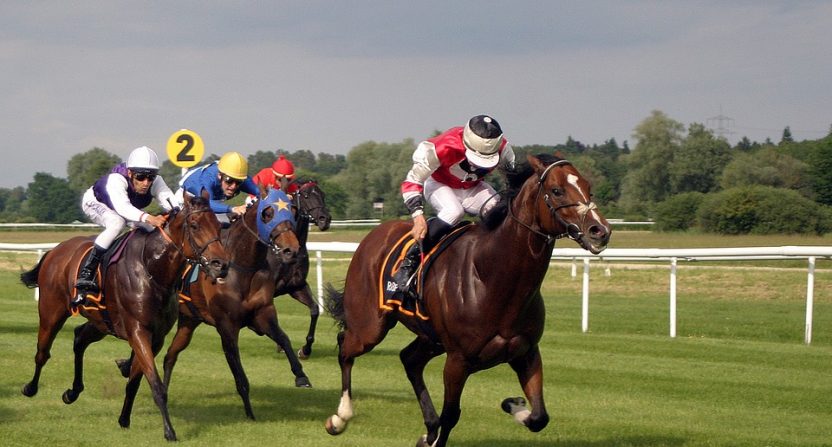 The horse racing season this year had finally commenced when Pegasus World Cup took place last Saturday. Bob Baffert’s Mucho Gusto showed an emphatic performance winning the $3 million purse prize. The year is still long, and there are other huge racing events everyone should look forward to.

In line with that, the U.S. Triple Crown Series, which is one of the grandest horse racing shows in the world, will start in the second quarter of this year. The Kentucky Derby will serve as the kick-off event, then comes the middle jewel, which is the Preakness Stakes, and completed by the Belmont Stakes, which is also where the Triple Crown winner gets declared.

Since the Kentucky Derby will set the course of this year’s Triple Crown, the rumors have begun to fill the horse racing community with regards to the horses that will run in May. Some horse enthusiasts believe that there are horses who will make epic comebacks this year, and others are also looking for fresh entries.

Among the names that are reported to run in the Derby is Independence Hall. Current Kentucky Derby 2020 Odds has his name, which you can see on many horse racing platforms. He is an undefeated horse racer and looks forward to partake in the 2020 Kentucky Derby to continue his legacy of being unbeatable.

Can Independence Hall continue his win streak as he runs in Churchill Down in May for Kentucky? Do you think his record has what it takes to outlast other racers in the competition? Let’s see how the racing record of this colt looks like and what he can offer to the punters.

Independence Hall is a three-year-old colt that gets foaled last April 17, 2017. He is bred by Woodford Thoroughbreds and owned by Twin Creeks Racing Stables, LLC, Robert N., Eclipse Thoroughbred Partners. He is trained by Michael J. Trombetta, and his jockey is Jose L. Ortiz.

This horse racer has a very colorful racing career. Since he started, he was never defeated in three racing games he joined. The three racing shows he took part include one Maiden Special Weight and two Stakes races. Because of this, he was able to record total earnings of $210, 000.

This year, he is one of the candidates to run in the Kentucky Derby. According to some reports, his trainer Trombetta sent him to rigid training. They understand that clinching the Derby and eventually the Triple Crown is not an easy task, that’s why they are working double time.

Looking into Hall’s racing achievements, this colt has started his racing career with a bang. He first took part in Maiden Special Weight last September 21, 2019, at Parx Racing, where he received the first place.

After he made it through the Maiden Special Weight, he decided to partake in Stakes races. On November 3, 2019, his trainer sent him to Aqueduct to ran in Grade 3 Nashua Stakes. All eyes were on him as he convincingly took home the first prize during his debut run.

Everyone was in awe after Independence Hall was able to win the Nashua Stakes title. Earlier this year, he joined the Jerome Stakes, which still happened in Aqueduct last January 1, 2020. This horse racer was unstoppable by the time he saddled up in the dirt track and successfully won the competition.

One of the greatest strengths that Independence Hall can offer to the 2020 Kentucky Derby is his undefeated record. His trainer believed that Independence Hall, as a fresh entry, has been doing great in the dirt track. He also added that he had been training this horse racer tremendously to give an excellent performance in Churchill Downs this May.

Aside from that, he has a seasoned jockey whos is Jose L. Ortiz, who made a huge buzz by the time he started his career in 2013. Ortiz was a recognized horse racing jockey in many races, including the Breeders’ Cup, Holy Bull, and the Kentucky Derby. Now that he chooses to ride Independence Hall in the Run for the Roses this year, there is a big possibility that this horse racer can ace the game.

The Kentucky Derby seems to be more exciting as it looked forward to bouncing back from its controversial edition last year. Looking into the reports of some trusted sports platforms, the names appearing as candidates for the Kentucky Derby are fresh, and we haven’t seen any name of returnees yet.

That said, Independence Hall is part of the line up for the freshest horse racer that will vie for the Kentucky crown for the first time? Can he nail the Derby at Churchill Downs this year? We’ll see.

TV executives should look beyond star QBs for broadcasting gigs