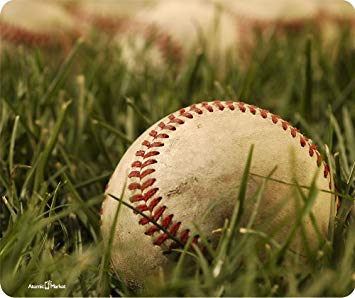 “As baseball continues to maintain its code of respect and fair play, more and more MLB players continue to express themselves in ways we’ve never seen,” author Jason Turbow expresses.

Speaking of codes, and who broke them in 2019, well, Ronald Acuña Jr. takes home gold. While Acuña Jr.’s fans celebrate every time he scores, other fans smile as they collect their winnings at Betway MLB and sites like BettingNews.com. What about the junior player? During this year’s NLDS games, standing at the batter’s box, he launched a fly ball into the left-field, which landed on the 10th row of seats. As usual, Acuña Jr. celebrated, but this time with a roar. All the while, he was around the bases. Sounds normal, right? Unfortunately not.

Despite being a home run, what Acuña Jr. did is against baseball code. So what rules did Acuña Jr. break during the 2019 seasons? Celebrating a home run, stealing a base with a big lead towards end-game, and bunting to break up a no-hitter. And yes, these actions attract consequences.

According to Jason Turbow, such unprinted rules have been in practice for dozens of years now. He even recalls a 1996 game involving Roger Cedeño, the Los Angeles outfielder at that time. With an 11-2 lead, Cedeño stole a base against the San Francisco Giants. What’s shocking, it was his team that first punished him for that.

Are such cases evident today? Yes, but no. As Turbow explains, modern-era MLB players adhere to very different codes —which are different guidelines observed barely a decade ago. “Nowadays, bat flips are common practice, and folks aren’t offended like they used to,” the author asserts. Back in the 1960s through the 1970s, for example, it was taboo digging your toe into the dirt for a good foothold—no one wanted to offend the pitchers. Does this code hold water today? No. If anything, only a few people know it ever existed.

Before the 1970s, players couldn’t transfer within MLB teams as they please. Trade mostly came when a team was fed up with you. For these reasons, an MLB player could easily play for one team for life. And since you spent a career in one team, any other side was easily considered foe. Today, players easily transfer from one team to another every few years. Thanks to the emergence of free agency rules, you can play for several franchises throughout your career. What’s more, today, players hang out with rival team members and host community events together.

But things didn’t change overnight. These unwritten codes took time to fade, welcoming a new era of MLB players with a different mentality. Note that home players alone didn’t bring this change. In actuality, over 25% of players in the league are foreigners from about 20 countries. Of course, they brought different ways of playing and expressing themselves as MLB players. Good examples of such MLB players include Acuña Jr. and Cedeño. Loosely speaking, Acuña Junior’s “queer” style of celebrating is understandable, considering it’s allowed in his home country. And he’s brought it to the US.

With the younger generation of MLB players’ bat flipping, celebrating, and showboating happening left, right, and center, MLB decided to embrace it all. In fact, before the 2018-2019 season, they launched a campaign dubbed ‘Let The Kids Play,’ condoning behaviors previously considered distasteful. While this can be seen as a good step, allowing players to display their emotions publicly, there’s more than meets the eye. MLB as a business wants to grow its fan base, particularly among the youth. According to Turbow, letting players celebrate in ways that appeal to the fans can partly help with that.

Despite all, baseball traditionalists aren’t pleased with the speed these changes are taking effect and are legally accepted. More so, it angers them when players allow emotions to get the best of them, and flip the bat. Nonetheless, they are not the only displeased lot as some pitchers as well get offended.

While no one knows the exact number of folks who get offended by this new behavior, their concerns should be a basis of forging new MBL rules. Luckily, with little modification, the century-old rules can quickly be adopted to suit both. Even better, most hardliners only find a problem in the way players celebrate, which Acuña Jr. can change, or maybe they should.

Why the College Football Playoff won't expand in 2020

The Brooklyn Nets have yet to land a NBA Championship but will be hoping to change that fact...

As the novel Coronavirus shut major sporting leagues around the world, crushing the sports betting industry in the...

There is no doubting the popularity of sports in the United States, you only have to look at...

Could 'Thursday Night Football' move to another network in the next NFL TV rights packages?

Five NFL coaches who should already be on hot seats

The Brooklyn Nets have yet to land a NBA Championship but will be hoping to change that fact...

As the novel Coronavirus shut major sporting leagues around the world, crushing the sports betting industry in the...

There is no doubting the popularity of sports in the United States, you only have to look at...