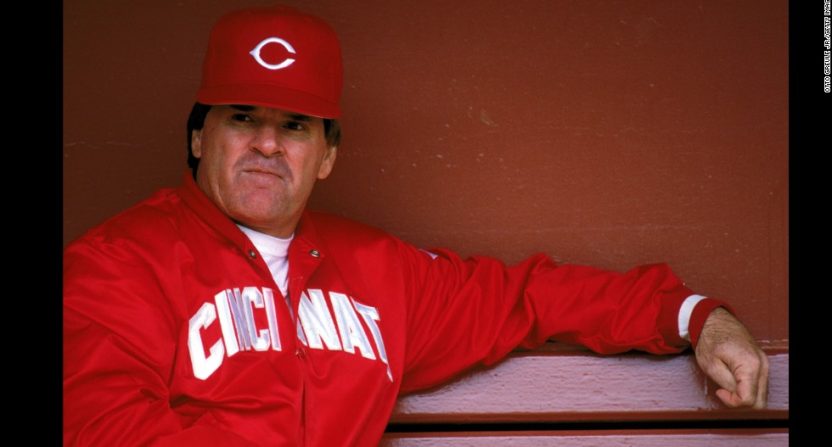 GamblingBy Next Impulse Sports on April 24, 2020

A lot of people out there enjoy a night or two of gambling and playing at casinos, and in most cases, the excitement and thrill that come with it do not result in a massive strain on the person’s finances. However, some people have let gambling affect them in ways that have scarred their finances and relationships for life.

Among these people are numerous high-profile figures, such as pro athletes who even tarnished what were otherwise considered to be impeccable careers with gambling scandals and escapades across Vegas and Atlantic City. Many research papers and scholarly articles suggest there is a firm link between retired athletes and pathological gambling, where the gambling impulses exacerbate with the lack of competitive urges that were present during their careers.

In this article, we will present a list of athletes who battled gambling addiction that impacted their careers to the point of utterly destroying them.

Probably no athlete ever had such love for the dice and casinos as did the famous golfer John Daly. The American pro golfer is known to be one of the more extravagant players on tour, with respect not only to his unusual appearance on the links but his lifestyle marred with debauchery, alcohol, and gambling problems. The 1991 PGA Championship winner reportedly lost over $50 million over the years he spent roaming casino venues.

One of the most ludicrous gambling sprees John Daly was on happened in 2006 when he couldn’t win the tournament and ended up second. Daly drove to Las Vegas directly after the finals and gambled away $1.65 million on slots in just five hours.

The most shocking of all things might not be that, but the fact he stills enjoys gambling. He claims to be keeping it under control, playing only $25 slots and not letting it consume him like in the past.

His royal “Airness” and arguably the greatest basketball player of all time, Michael Jordan, has had his fair share of gambling-related problems. Reportedly, Michael Jordan had developed a penchant for gambling early in the 90s, with the most notorious incident being the one when he spent a night in the Atlantic City casinos before the 1993 playoff game against the Knicks. The Bulls were still able to conquer New York, but Jordan’s activities didn’t go unnoticed. Then-commissioner David Stern was rumored to have suspended Jordan for 18 months due to gambling, which was presented to the public under the veil of Jordan’s first retirement and alleged pursuit of a baseball career.

Jordan is also said to have participated in rock-paper-scissors bets with more than $100k at stake during the 1992 Olympic Games in Barcelona. The same year, he splashed hundreds of thousands on poker nights and bookmakers, despite the curfew all players needed to abide by.

One of the pro-athletes that has managed to squander over $100 million in career-earned money is the former Dallas Mavericks and Boston Celtic’s forward, Antoine Walker. His reckless asset management and the proclivity toward gambling, throwing lavish parties, and custom-made suits caused him to file for bankruptcy. Since he was the one supporting his entire family, that contributed to the growth of debt even further.

Some of the more notable gambling stunts resulted in Walker spending over $822,000 across three different casinos on a single night.

Pete Rose blew a decent chance of winding up in Baseball Hall of Fame due to his compulsive betting problem in the 80s. Rose was accused of betting on 52 Cincinnati Reds games in 1987, with minimum bets of over $10,000 per game. The biggest problem with these bets was that he wagered against the team he was managing. Although he denied the accusations, he was permanently banned from baseball, which subsequently ruined his career filled with accolades and impressive records. He was the MLB’s all-time leader in hits, games played, and at-bats.

Wayne Rooney is a football legend and one of the most successful strikers of the English national team and Manchester United Football Club. Unfortunately, he has also fallen into the clutches of gambling and experienced never-ending gambling sprees at Manchester casino, reportedly losing £4,000 per minute at high-stakes tables. This behavior led to significant fallouts with the Man United management, lack of good playing form, and a dysfunctional marriage.

Are you new to sports betting, and would you like to learn how to do it well? Find...

Though fantasy Hockey may sound like a fun hobby, you really can earn a healthy side income from...

The steady technological progress we have been witnessing over the last two decades has caused gambling to make...

You might have heard the terms “sports handicapper” or “sports betting handicapper” a few times, but what actually...

Are you new to sports betting, and would you like to learn how to do it well? Find...

Though fantasy Hockey may sound like a fun hobby, you really can earn a healthy side income from...

The steady technological progress we have been witnessing over the last two decades has caused gambling to make...

You might have heard the terms “sports handicapper” or “sports betting handicapper” a few times, but what actually...