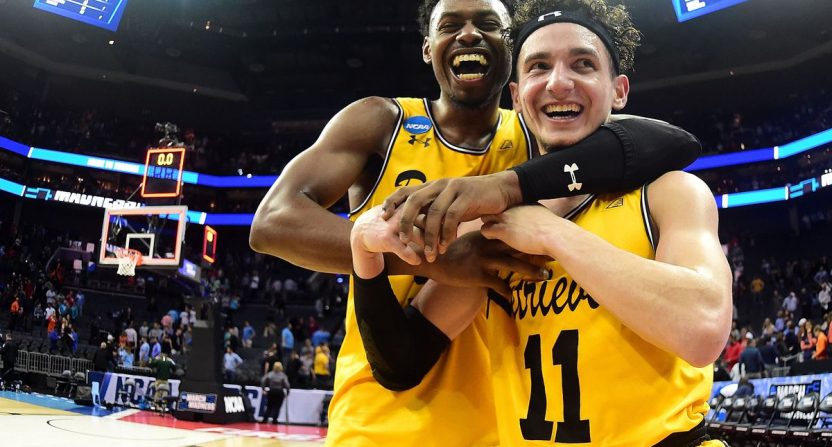 Upsets happen all the time in sports, and losses don’t just happen in the Sport of Kings, where diminutive athletes ride horses across a finish line. Nobody can deny that upsets are a part of all sports after watching what happened on October 17.

On that night, the boxer whom some call the greatest of all time, Vasyl Lomachenko, lost to a +330 underdog in Teofimo Lopez. About an hour earlier, the -14 favored North Carolina Tar Heels dropped a contest to Florida State, a team that had a single win in four games and a victory against Football Championship Series squad Jacksonville State.

Why did upsets like Lopez over Loma and FSU over UNC happen? The thing about sports, like politics, is that passion rules. When a favored team, especially a massively favored team like the undefeated New England Patriots losing to the New York Giants in the 2008 Super Bowl, gets squashed by an underdog, their fans want to point to some mystical reason.

There are often reasons for an upset. In horse racing, the cause can be apparent. American Pharoah lost the 2015 Travers Stakes because he was tired after winning the Triple Crown. Zenyatta lost the 2010 Breeders’ Cup Classic because jockey Mike Smith took way too long to get her going. She barely missed nipping winner Blame at the wire.

Sports are different than horse racing. Unless the favored team enters the arena or steps onto the field with a ton of injuries, it’s tough to pinpoint a single reason for upsets. Most upsets in sports happen, though, because of three factors, favorites entering the contest with a strategy that may not work, favorites are overconfident in their strategy, and underdog execution. To bet on any of these events, make sure to check out a reputable sportsbook like BetOnline!

Let’s illustrate all three factors by studying the Lopez over Loma and Florida State over North Carolina victories.

1 – Favorites enter the matchup with a so-so strategy

Vasiliy Lomachenko is known as a slow starter. That’s by design. Loma enters the ring and watches and waits for his opponent to throw some punches, walk around the ring, duck, and move. By doing so, Lomachenko believes he will have the upper hand in the later rounds. He brought the same strategy into the Teofimo Lopez fight that he had brought into every one of his other bouts.

But Teofimo Lopez was a different fighter than any of Vasyl’s other opponents. He was bigger, more accomplished, hit harder, and in most cases, younger.

The North Carolina Tar Heels decided to rush the football against the Florida State Seminoles. The strategy made sense. FSU allowed 192.2 rushing yards per game. The Notre Dame Irish, whom the Seminoles played before battling North Carolina, rushed for 353 yards from 42 carries.

Even though the strategy made sense, by rushing the ball as much as UNC did early in the game, quarterback Sam Howell failed to get into a rhythm. They had fielded a balanced attack in all of North Carolina’s previous matchups, especially early on in games.

2 – Overconfidence in the strategy

North Carolina stuck with the rushing attack well into the second quarter. By the time the Tar Heels decided to allow Sam Howell to open up the offense, Florida State had built a massive 31-7 lead. In the second half, the Heels outscored the Seminoles 21-0.

Suppose North Carolina had kept FSU’s defense honest after spotting the Seminoles a touchdown by opening the passing attack. In that case, they may have stopped the Seminoles from outscoring the Heels 24-7 in the second quarter. That second quarter decided the football game.

In the Lomachenko versus Lopez fight, Teofimo came out and boxed Vasyl in the first round. At that point, Loma and his corner should have changed strategy. Why? Lomachenko’s plan hinges on his boxing, not his opponent’s. In all of his other fights, Vasyl was the boxer; his opponent was the stalker.

Lopez knew this, which is why Teofimo decided to box. If Lopez had done what everyone expected him to do, try to muscle Lomachenko, push him around and get Vasyl into a brawl, he might have lost.

The paragraph above is a good segue into the other important part of how underdogs upset favorites in sports events. No underdog can beat a favored opponent in any sport unless that underdog executes. In the case of Lomachenko against Lopez, Teofimo listened to his father, his trainer, and executed the game plan.

At no point during the fight did Lopez push too hard, go after Lomachenko with wild punches. He used his jab to stay to the outside and then peppered Loma when he could.

Florida State had to take advantage of North Carolina’s strategy to run the football. In the first half, the Seminoles forced North Carolina into three-and-outs, and then when UNC punted the ball away, FSU took advantage by putting points on the board.

Most upsets happen after a combination of the above three factors. There are times when teams are overrated, but an underdog won’t win unless that dog executes. We can look back to every major sports upset in history and were likely to find that at least one of the factors listed played into the underdog win.

Although the above listed is interesting to discuss, it’s hindsight, meaning it doesn’t do much for fans or people that wager on sports. There is a way to determine whether an underdog has a shot at beating a favored opponent in a sporting event.

Although Lomachenko remained a favorite against Lopez, pay per head sportsbook bookies, individual sportsbook operators that offer free betting software, noted that they received more individual wagers on Teofimo. That was a sign that more players backed Lopez against Loma. It wasn’t enough money to move the odds much, but it was enough individual bets for fight fans and boxing handicappers to believe Lopez had a chance at pulling off the upset.

The next time a big upset happens, make sure to remember the three factors. You will discover at least one of the elements, and there’s a good chance you find all three aspects played a part in the upset victory.

What is fair when discussing nepotism in sports broadcasting?

ESPN is bringing back the 'This Is SportsCenter' ad campaign

Marshawn Lynch immediately regrets cursing in interview, then does so again