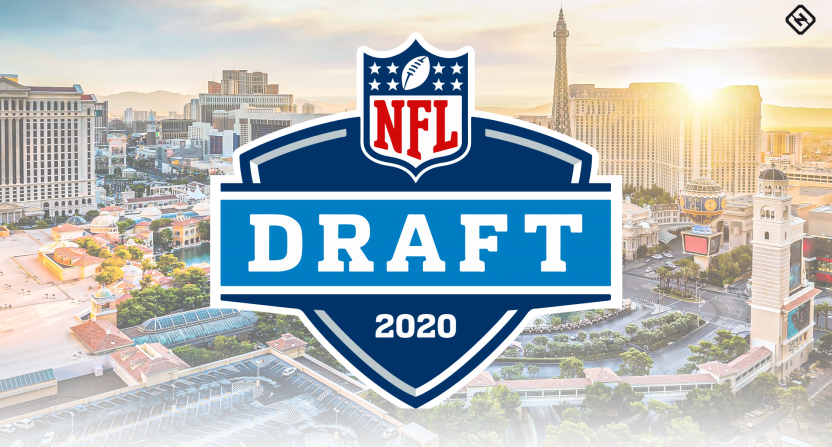 Former LSU starting QB Joe Burrow is the favorite to be the NFL first overall pick, according to the best online sportsbooks, such as BetOnline. This is important because the draft is the first  NFL betting event after Super Bowl LIV. The Cincinnati Bengals will get first dibs for the first time since 2003. On that occasion, the Striped Ones selected 2002 Heisman Trophy winner Carson Palmer. The USC product led the team to its first winning season and playoff appearance in 15 years and was named to two Pro Bowls. And while Palmer ultimately became mired in mediocrity, one would think the Bengals hope Burrow to emulate and surpass Palmer’s early success. Especially considering that their current QB Andy Dalton’s better days seem to be behind him. The Red Rifle does have supporters, though.

“Cincinnati should keep veteran Andy Dalton and trade back to get more quality picks,” analyst Michael Robinson writes, and former quarterback David Carr agrees. Meanwhile, former defensive back DeAngelo Hall thinks “The Bengals should draft a quarterback with the first pick, but contrary to popular opinion, I’d take Alabama’s Tua Tagovailoa.” The best online sportsbooks have the Polynesia Polyphemus pegged as the third overall draft pick. Following a devastating injury, the Leviathan of the South Seas says he feels “100 percent”. “I feel like if there was a game today, I’d be able to go out and perform the same way I was able to perform in previous years. I feel as mobile as possible,” Tagovailoa said. Even injured he’s probably more mobile than Tom Brady, and rumor has it that the New England Patriots might make a move for the Samoan Bulldozer.

According to Ben Volin of the Boston Globe, it’s “definitely possible” for the Patriots to trade up in order to select the former Alabama quarterback. Volin made the connection between the Patriots and the Detroit Lions at No. 3, taking into account all of the New England rejects and exiles currently employed in Detroit. For example, general manager Bob Quinn and head coach Matt Patricia. However, the Pats don’t have a second-round pick after trading it to the Atlanta Falcons for Mohamed Sanu, so they don’t have a lot with which to negotiate. Moreover, head coach Bill Belichick’s m.o. in the draft has been trading back to acquire more draft picks, although he has moved up sometimes.

Furthermore, former American football coach and current television sports analyst Eric Mangini doesn’t believe “that the Patriots would give up tremendous draft value to go get [Tagovailoa]. It’s not what they do … it’s not impossible, but it’s not really what they do. They’re in the business of trading back more than trading up … It’s hard, hard, hard to think they would give up what they’d need to give up in order to move up and try and get Tua.” All things considered, The Pats may actually select a quarterback in the first round, but someone like Utah State’s Jordan Love would make more sense. The best online sportsbooks see Love as the 8th overall pick, but ESPN’s Todd McShay predicts that the Los Angeles Chargers will fall in love with the Utah State alum at No. 6 overall.

“I’m told Los Angeles likes all four of the top quarterbacks in the draft class — and this pick could end up being Oregon’s Justin Herbert, too,” McShay wrote. “But Love has the arm to make NFL-caliber throws and should be available here at No. 6.” Like Brady and the Pats, veteran Philip Rivers parted ways with his lifelong team. Unlike Brady, though, the Nono-Dad actually headed for the greener pastures of Indiana. As for Love, he confirmed at the NFL Scouting Combine that he had met with the Chargers, but added that he feels like he “can jump right into whatever NFL team, whether I’m the starter right away or whether I’m the backup and have to sit and learn. I’m ready for whatever I get thrown into. I’m going to compete for that job, and we’ll see what happens.”

Pick: There is no denying Tagovailoa’s bona fides, but to paraphrase Jacobim Mugatu, Burrow is so hot right now. Also, would any sportsbook blame the Bengals for deeming Tua to be damaged goods? Cincinnati should pick Burrow as the No. 1 overall pick, and kick Dalton to the curb while they’re at it.