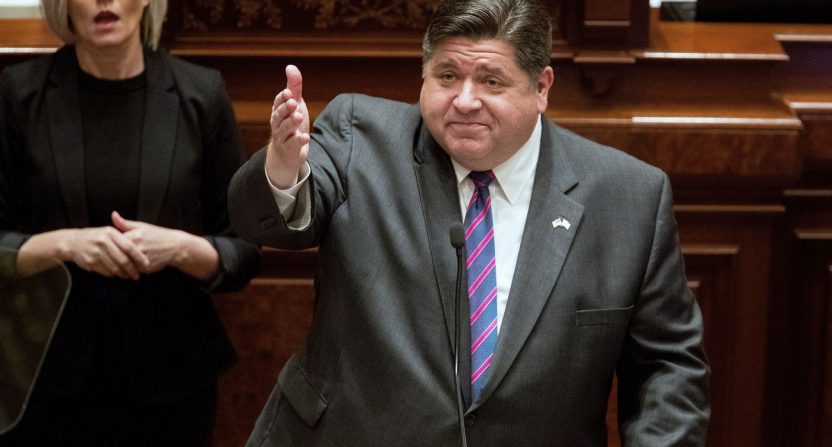 GamblingBy Next Impulse Sports on March 2, 2020

The launch of sports betting in the state of Illinois is something that many has been waiting for since it was signed into law in June of last year. This state is now one of the 20 states that have already signed betting into law after the Professional and Amateur Sports Protection or PASPA of 1992 was stricken down by the Supreme Court of the United States.

Alongside the state of Illinois are the states of New York, New Jersey, Rhode Island, Pennsylvania, Tennessee, Colorado, and a few more when it comes to legalizing betting. Illinois is set to launch both online and in-person betting in the state, but while waiting, neighboring states Indiana and Iowa are already open to accept bets within their borders.

For now, it appears like these neighboring states are benefiting from the slow pace of Illinois when it comes to launching sports betting. Aside from placing their bets in Indiana or Iowa, the locals are also turning to place their bets online.

It’s not federally illegal for the Americans to place their bets online with an offshore-based casino or bookie and so this still remains to be a practice in many of the states where betting isn’t legal yet. However, punters are advised to take precautionary measures as jurisdictions outside the US are completely different.

Now, Illinois is surely taking its time to get things right, but betting fans in the state should be happy to know that Governor Pritzker himself believes that it should be ready by March. Slow as it may seem, the state has already issued the first batch of licenses for betting operators.

Three casinos were able to get temporary sports betting operating permits from the Illinois Gaming Board or the IGB. These are the Rivers Casino in Des Plaines, Grand Victoria Casino in Elgin, and Argosy Casino located in Alton. It is possible that Rockford will also have a licensed casino as it is set to open a new one soon. However, nothing is official yet regarding this.

Hard Rock Casino in Rockford has not been approved yet by the IGB and so this may still have to wait. Still, it is likely that this casino will also be applying for a betting license. Primarily, only the existing casino will be allowed to operate in the state for 18 months. After that, online casino giants like FanDuel and DraftKings will then be allowed to accept bets from punters online.

Three more casinos have also been recently given temporary licenses to operate. This includes the Hollywood Casino locations in Aurora and Joliet. The Par-A-Dice Hotel and Casino in Peoria are part of this too.

It’s also known that the Fairmount Park racetrack located in Collinsville has also applied for a license a week ago, but there’s still no update about this.

The licenses that the IGB will be issuing comes with a price and each cost 10 million US dollars. The Illinois Sports Wagering Act allows the state’s 10 casinos, three racetracks, and seven sports stadiums to apply for betting licenses.

The statement of Governor JB Pritzker’s press Secretary Jordan Abudayyeh obtained by 13 WREX says, “The Governor is pleased that Illinois sportsbooks will open for business by March Madness, generating revenue to rebuild universities, hospitals and other facilities across the state.”

The state is projecting to get as much as 5.2 billion US dollars of an annual handle in betting by the year 2023. This is one of the largest-ever capital plans in the state. 25 percent of the gross gaming revenue from the operators in the state will be taxed.

State Representative Norine Hammond talked about the revenue that the state may get from betting. She said, “The gaming expansion is the funding to be used for capital funding strictly and so that would be for any building around the state that the state own. Anticipating the revenue is one thing, but actually seeing what will be there is another.”

With the possible revenue that Illinois could get from betting, it’s possible that it will be alongside the states of Nevada and New Jersey in terms of revenue. Illinois could possibly be a betting destination in the United States.