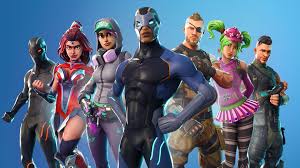 Fortnite is the most popular game in the world right now. So popular, in fact, it’s caused quite the situation for one lacrosse coach.

In an absolutely hilarious email to Deadspin, somebody affiliated with the lacrosse team tipped the site on a letter sent out by a beleaguered coach. In the message, he writes his team isn’t trying to be the best they can possibly be, because they’re all focused on “The Fortnight Video Game.”

I am reaching out to the parents to explain some changes that I am making for the last 3 remaining games.
My next few paragraphs pertain mostly to the Experienced players on this team.

For 37 years I coached and played lacrosse at all levels.
From Youth League, Summer league, High School, Division 1 College (2 colleges [redacted] and [redacted]), Club league in Australia and Men’s club league.
I am used to being around players that enjoy the sport of Lacrosse and want to get better at it.

Every successful team has leaders.
These are the Players that practice many hours ON THEIR OWN to become better players.
By example, these players also make the team, league and individuals around them better too.
These hard working players allow the team to be competitive in a game and still get everyone in the game, so that the newer and younger kids can play and enjoy the games as well.

We do not have anyone like this on our team this year.

Not Everyone, but most of our team, focuses on the Fortnight Video game instead.
My son is leading this pack and like most others, he has spent very little time, if any, practicing and preparing on his own.
Instead they play the video game as much as they can and waste our time in practice talking about it.
This is not what I had in mind this year when I pushed to split the teams equally and coach one of them.
The players from our team last year have not made any effort to improve and it shows on the field.
We cannot even pass the ball around the perimeter without throwing it away.
We miss the goal or drop the ball, WHILE STANDING ON THE CREASE, 1 on 1 with the Goalie.
This is only the second time in 37 years that our team did not improve as the season progressed.

… read the full letter on Deadspin.

Look, I get it. Having to coach a bunch of youngsters is tough, especially when all they can think about is Fortnite. It’s a crazy fun, easily digestible game you can play with friends. However, does it really matter so much that you need to address it with kid’s parents? Video games aren’t a new concept and Fortnite hasn’t changed long-term habits – It’s a new year with a new game to talk about.

So, instead of making an example out of your son “leading this pack,” why don’t you focus on lacrosse and let kids be kids. Or, try some Fortnite, talk about it non-stop, and make it so uncool they’ll never want to play it again.