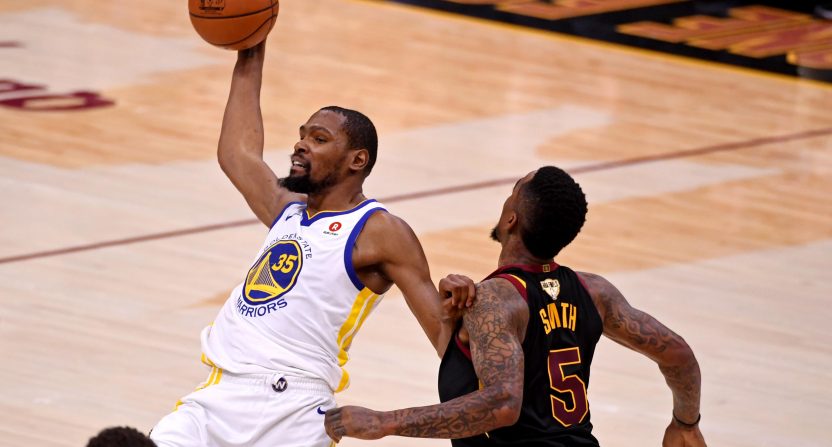 With the 2021-2022 regular season drawing to a close, it’s fun to create lists. This is a list of the top performing players in the NBA this year, these rankings are not based on any special model but rather the lasting impressions that have played out on the court.

Since the Porzingis trade, Doncic is averaging 34.3 points, 10.8 rebounds and 6.7 assists per game. Those are MVP numbers, only matched by the likes of James Harden, Michael Jordan and Stephen Curry. Doncic has been a one-man wrecking crew as he rounds into the kind of fitness that will be needed come the playoffs. We have already seen him shoulder the load and cause higher seeds all sorts of issues despite a shorthanded team. Can this iteration of the Dallas Mavericks with fewer bigs and more shooters be more successful than previously? One thing is for certain, they will live and die on the back of one of the best young players in the NBA.

For most of LeBron’s career, he has been able to make something from nothing no matter the limitation of his supporting class. Age catches up to us all, however. The Lakers have been bad for most of this season, they’ve won twice since the All-Star break. In both those games it took a 50-point effort from LeBron James to get LA over the line. The reasons for the Lakers struggles are plenty: Russell Westbrook’s fit, poor supporting cast, Anthony Davis’ injuries and front office issues. Some nights the 37 year-old can elevate his game and team. Statistically LeBron is still performing at a high level, and is in the running to lead the league in points per-game. It is unlikely that he will be able to carry the Lakers on his back this time.

Steph started this season red-hot and was an early season frontrunner for MVP. His performances have dropped off in recent months, coinciding with Draymond Green’s injury. The Warriors are a legitimate championship contender as long as Green is healthy however. And guess what! He’s back. Their connection ignited a comfortable Warriors win, 126-112 over the Wizards with Curry exploding for 47 points on his 34th birthday. Steph is still one of the most terrifying offensive guards in the NBA and the best shooter in NBA history. A down year statistically for Curry still means he ranks above most others, and when push comes to shove his championship experience will mean if healthy, the Warriors always have a shooting chance to knock over the betting favorites.

For all the chaos in Brooklyn this year, the Nets will succeed or fail based on the health of their best player. Brooklyn have gone 28-14 with Durant and 8-19 without him. With a dramatic midseason roster change and Kyrie Irving being in-and-out of (mainly out) the Nets, while talented, have not had a lot of playing time together. That won’t stop one of the best players in the league however. Durant is still near impossible to defend, he can shoot and score over anyone and he doesn’t need a lot of space in which to do it. He was effectively playing against the entire Bucks team in the playoffs last season, hopefully he won’t have to do that this year and his teammates step up and take the pressure off.

Embiid has finally taken his place as one of the most unstoppable players in the NBA. He is leading the league in scoring (with very little help on the 76ers) and marrying that production with paint-blocking coverage that has kept Philadelphia a top-10 defense. There is no stopping Embiid anymore and with James Harden joining mid-season, good luck with those double teams. The narrative surrounding Embiid places him as the frontrunner for MVP, closely matched with Giannis and Jokic. Can he win the MVP and an NBA championship this year? I wouldn’t put it past him.

In his ninth season as a professional there is little left for Giannnis to accomplish other than repeated greatness. And sometimes, repeated greatness can be taken for granted. For Giannis however, he keeps making incremental improvements to improve himself year on year. On offense he is currently putting up MVP numbers, with 29.7 points, 11.5 rebounds and 5.9 assists per game. On defense his ability as a help defender is a nightmare for opposing teams. With center Brook Lopez out for most of the year, Antetokoumpo has had to adapt to playing more minutes in an unnatural position. Yet he still is able to maintain the same strong defense.

When Jokic is on the court, the Nuggets score as well as anyone and have a top-10 defense. There is no plan that can account for how he pulls defenses apart with his court vision and scoring. Jokic is a 7-foot ballerina with fancy footwork and an eye for the nuances of the game. The reigning MVP is one of the hardest players to defend in NBA history and one of the best players playing right now. He may be second in the MVP race, but I wouldn’t put it past him to outperform the spread betting odds.

One of the biggest storylines this season has been the emergence of Ja Morant, superstar. He is devastating off the dribble and with open space as he leads the league in points in the paint at 16.7 with the next two being the 7-feet former MVP’s Nikola Jokic and Giannis Antetokoumpo. What makes this even more impressive is he is the only guard and player under 6-9 in the top 10. The stats never tell the full story however, he is that rare combination of explosiveness and grace. One of the must-watch players in the NBA. All at the age of 22.

Entering his fifth season as a professional, Ice-Trae is shooting a career high 38% on 3s as he is putting up his most impressive and efficient offensive season to date. It was in the playoffs in 2020-21 that he taunted and flaunted his way onto the minds of basketball fans all over, and his offense continues to be breathtaking. Fivethirtyeight’s RAPTOR ranks him second in offense, behind Nikola Jokic only. Estimated plus-minus rates Young as the fourth-most valuable offensive player this year, behind the big three of Embiid, Giannis and Jokic. The knock on Trae Young will always be his defense, the same issue that holds him back from MVP discussions currently. If the Atlanta Hawks continue to surround him with complimentary pieces, then his deficiencies could be moot and the Hawks can make another deep playoff run this season and beyond.

Gobert often gets left off lists such as these, as it’s easy to take for granted his consistent production year-on-year. We know what we are going to get with Gobert. He leads the league in FG% (again) and is putting up Defensive Player of the Year numbers. It’s impossible to overstate Gobert’s impact on the Utah Jazz, when he is on the court the Jazz allow 7.5% fewer shots at the rim than when he is off the court, best in the league according to Cleaning the Glass. The knock on Gobert will continue to be translating his skill set to the playoffs where teams zero-in on pulling him away from the paint. If Utah can figure out their team defense come the playoffs, maybe the Jazz can get over the disappointments of the last couple of postseason runs.

It is quite remarkable that Tatum is, still, only 24 years-old. As the best player on a solid Celtics team for the last three seasons, Tatum is starting to put it all together and since the All-Star game has been on a tear. Averaging over 33 points per game, he dropped 54 and 44 points in consecutive games recently against the Brooklyn Nets and Charlotte Hornets. The story of the Boston Celtics turnaround this season cannot be described without Tatum and the improvement he’s made understanding how to get the best of his teammates. This season has seen real growth, he’s locked-in on defense, trusting his teammates more and not forcing unnecessary shots. We know he can score, will the growth help propel Boston deep into the playoffs? Time will tell.

On Monday KAT scored a career-high 60 points as the Timberwolves defeated the San Antonio Spurs, setting a single-game franchise record for the Timberwolves. With discussions focused on the great big men vying for MVP, Monday night was an exclamation point for Town’s emergence as a viable centerpiece on a championship contending team. After the Jimmy Butler debacle marked him with the reputation of being “soft” he has begun to show the determination to prioritize winning, doing the dirty work necessary when the shots aren’t falling. More often than not, the shots fall however. It is impossible to deny KAT’s offensive talent, they’ve been on show for his seven years in the NBA. Could it be enough to put Minnesota back on the path to the postseason and Towns back on the path to All-NBA consideration?

Stephen A. Smith was approached about running for Senate: "I would piss off millions."