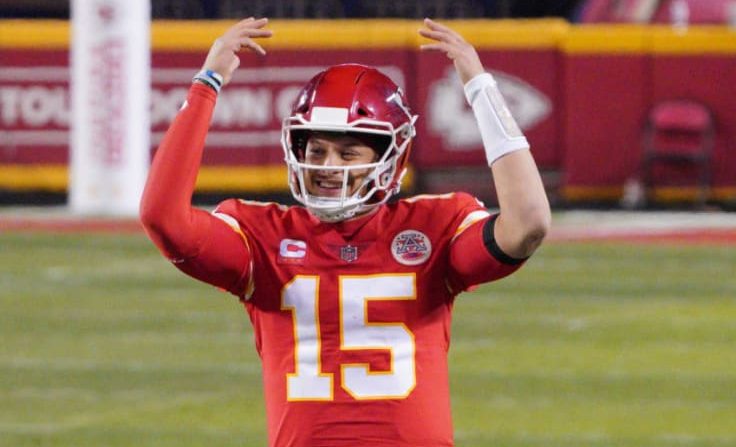 Take one quick look at the names playing quarterback in the Super Bowls of the past decade. You’ve got Tom Brady, Peyton Manning and Cam Newton, as well as Colin Kaepernick. The level of talent pouring out from each of these men on even their worst days is something to behold, and without question has propelled their sides to heights they would not have otherwise reached.

Of course, you also have the other side of the coin. Joe Flacco was certainly an above-average quarterback when he took the Baltimore Ravens to Super Bowl glory in 2013, but was he talented to the same degree as the aforementioned names? The short answer to that is no.

In fact, the MVP for Super Bowl XLVII was rated as low as 18th on ESPN’s overall quarterback rankings and 12th by the NFL. Those aren’t the sort of numbers you would expect from a Super Bowl winner in arguably the sport’s most important position. He did, however, make quite a lot of money for shrewd bettors, thanks to generous odds at BetOnline and other Michigan online sports betting sites. For ratings and rankings of the best legal betting platforms in NJ, be sure to check out Odds Seeker.

Moving on from the unexpected success of Flacco, you’ve got Eli Manning of the New York Giants winning the Super Bowl in 2007. The brother of one of the greatest NFL players of all time, it’s no doubt that Eli wasn’t of the same ilk as his brother Peyton. By finishing 25th in both NFL and ESPN rankings for quarterbacks the year he won the first of his two Super Bowls, Manning’s success was a little against the grain compared to recent times.

So, while winning the Super Bowl without an elite quarterback is technically possible, you’ll usually end up with the guy in that position taking the plaudits regardless. It’s just the way that this sport works.

Is the importance of a star quarterback overstated?

The first thing that many fans and pundits of the NFL search for upon sifting through the upcoming rosters is the quarterback. Who’s expected to start there? Are they the next Tom Brady? Where is Tom Brady? Which team has the weakest quarterback?

Even people who don’t watch the NFL will be aware of what a quarterback is, and if not, they’ll have likely heard the word before. This is because you simply cannot discuss the NFL and the best teams without talking about quarterbacks. As such, the importance of boasting a household name in the position is impossible to overstate.

There have been very few occasions where the team who have just won the Super Bowl have immediately moved on from their quarterback the following season. Even in teams which are loaded with several top players at other positions, a good level of quarterback play is essential and someone who is an effective ‘game manager’ is needed if that team is to go all the way and lift the Lombardi at the end of a season.

Now, the going rate for a decent quarterback has skyrocketed. Some sides, such as the Kansas City Chiefs, have been able to bring their face of the franchise (Patrick Mahomes) in via the draft. After winning the Super Bowl in just his second season as a starter, the now-25-year-old was handed the most lucrative contract in the world of sport. This has, in turn, led to several others that play his position to up their asking price when the time comes to sign a new deal.

Inevitably, this is leading to teams to scout younger, cheaper talent who can deliver while on their rookie contract much like Mahomes did – and before they can demand the big bucks. Some teams, however, will instead opt for, or already have, a dependable veteran who can elevate the rest of the team. Either way, every NFL team will be built around its quarterback. In 2020, all of the top 10 highest earners in the NFL were quarterbacks. This isn’t a coincidence.

The most important position in the NFL

A debate that’s raged on for decades and usually ends up in the same outcome, it’s difficult for anybody to question the idea that the quarterback is the sport’s most crucial position. The NFL’s most iconic individuals come from that area of the field, with names such as Manning and Brady rolling off the tongue.

However, without an offensive line, a quarterback would never have time to throw. Does that put the importance of tackles and guards in NFL sides on a par with quarterbacks? After all, they give guys such as Mahomes and Brady one less thing to think about. Admittedly, you won’t find the press praising a left tackle in the same way they do quarterbacks, but that doesn’t take away from their contribution to a winning NFL team.

Added to that, we’ve got to look at wide receivers. This seems an obvious pick when choosing the next most valuable position after quarterback, given the way that both complement each other. However, their athleticism and willingness to get in where it hurts remains an integral aspect of every NFL franchise’s hopes of winning the Super Bowl.

It’s also worth mentioning defensive tackles and cornerbacks, especially the latter, considering that the NFL is very much a passing league nowadays. With that in mind, players who are capable of disrupting said passes are essential to any and every side.

However, it all comes back to the quarterback. They get most of the fame, earn the most money, and supply viewers with excellent value for time. Perhaps most importantly, QBs reap the rewards of their own good play. Not just that, though, but fans and enthusiasts of the sport also get to reminisce on their performances, some of which led to otherwise impossible Super Bowl victories for their teams.

Everyone seems to agree that RSNs, and particularly Sinclair, are in deep shit

There has been no shortage of regulatory attempts around the world to curtail the gaming sector. While some...

Right after the 2021 NFL draft was done and over with, there were already football stats experts making...

Online gaming has turned out to be one of the most favorite fun activities for people these days....

Historically being a fan of the Raiders, before when they were in Oakland and now that they’re in...

We are what they grow beyond. That is the burden of 'Pardon The Interruption'

Yet another American Gladiators reboot is in the works, with WWE reportedly involved

There has been no shortage of regulatory attempts around the world to curtail the gaming sector. While some...

Right after the 2021 NFL draft was done and over with, there were already football stats experts making...

Online gaming has turned out to be one of the most favorite fun activities for people these days....

Historically being a fan of the Raiders, before when they were in Oakland and now that they’re in...