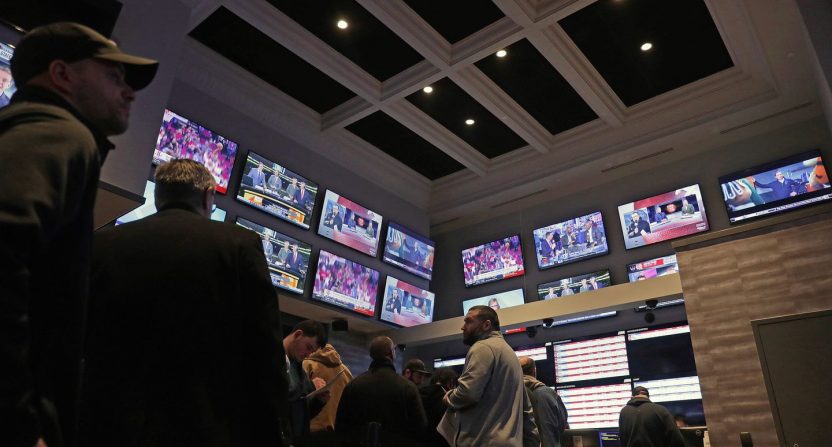 GamblingBy Next Impulse Sports on March 2, 2020

The proposal regarding the legislation of sports betting in the state of Massachusetts is now moving to the key House committee. This is after almost two years of internal deliberations about whether the state should really allow this and how the state will do and regulate betting.

The state representative, Ann-Margaret Ferrante, known as a Gloucester Democrat and the co-chairwoman of the joint legislative committee has spoken about this. She said, “After reviewing all of the data, after looking at all the pros and cons, we came to the conclusion that we could put a bill out that was in the best interests of the taxpayers . . . and the consumers of the Commonwealth.”

She also explained why it took them almost two years. “We didn’t rush this process. We took a very deliberative approach, recognizing that there were goals to this legislation and above all else was to protect the consumer and the taxpayer. We always said that we wanted to be in the black on this bill and not suffer losses like other states have done,” Ferrante said.

She also added, “The second thing was that we wanted to make sure we put protections in for athletes and recognizing that bets are usually taken on horses and, in some states, dogs and other animals. With people, we really stepped back and said, ‘what provisions can we give the people who participate in these sports and especially for the college athletes?’”

The proposal that is moving to the House committee will allow adults in the state to place their bets on registered casinos and even online on platforms like the Betway Mobile App. It would also allow people aged 21 and above to wager on professional and Division I collegiate athletic events.

The state will be imposing a 12 percent tax on the revenue that land casinos and bookies would make from betting. Meanwhile, online operators will have to owe the state 12 percent of their revenues from sports wagers.

Included in the proposal is the barring of any employee of sports governing body or any of its member teams from having ownership stake from a sports betting operator in the state. This would exclude companies such as Delaware North, according to Ferrante.

The state is looking forward to seeing how betting will do once it is locally launched. It is predicted that Massachusetts will be the biggest betting market in New England. This is despite the fact that its neighboring states like Rhode Island and New Hampshire already have sports betting for its locals. The truth is that both states have always been eyeing Massachusetts as an area for growth because it has many residents that are big fans of sports.

Ferrante said that research shows the state should generate around 20 to 25 million US dollars in tax revenue each year. The majority of the tax revenue from betting will go to the state’s projects. The bill also establishes a Collegiate Health, Wellness, and Education Fund.

Since wagering on collegiate sports will be allowed, five percent of the sports betting revenues will go to projects that would help protect college athletes from the possible pressures that come with legal sports betting.

“If there’s a threat, if there’s a security issue, if there’s an educational issue, we would put aside revenue into a fund to provide them with the extra support that they would need,” Chairwoman Ferrante said.

Chairwoman Ferrante is hoping to have sports betting launched in the state once the next NFL season begins in fall. However, there’s still no guarantee that the Legislature will be sending a completed bill to the state’s governor, Charlie Baker before the legislative sessions end this July. Debates will still have to happen before the lawmakers would pass the bill to the Senate. For now, it’s still hard to say that it will indeed be launched before the year ends.\

A case to keep the DH out of the NL

Which market has the highest-rated local TV announcers?

Seven NFL teams with the best chances to become dynasties