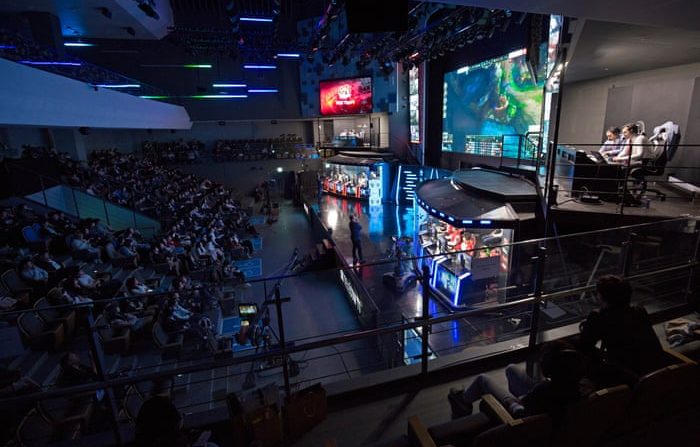 Today the eSports movement is growing rapidly, with experts predicting that it will be worth more than $1.5 billion annually within the next 3 years and enjoy audiences of over 600 million viewers in this period.

Even so, critics remain skeptical about the claims that eSports are equivalent to traditional sporting activities, with some even questioning whether playing competitive videogames deserves to be called a ‘sport’ at all.

So what are the reasons for all this skepticism and does eSports really deserve to be shunned by the sporting mainstream in the way that it is at the moment?

The issue of athleticism

When we think of the most popular sporting activities in the world, they all involve a significant level of physical exertion on the part of the participants. From football and hockey to figure skating and tennis, the top players have to be exceptionally athletic, training their bodies to the point of peak physical performance.

On the surface, it would seem that the same cannot be true of eSports competitors; they play games sitting down, they do not need to be impeccably fit to click a mouse or shift a control stick, and so to outsiders, it looks like there is not much work involved in what’s going on.

Of course, anyone who is familiar with the biggest eSports titles will realize that there is a vast gulf between average players and professionals and that this cannot solely come down to natural talent.

Reaction time is very important, for example, and this is something that constant training helps to improve in gaming pros. Even playing less intensive titles on sites like Casumo NZ involves a degree of hand-eye coordination and rapid adaptability that has to be honed over hours of play.

It is a little like the fact that Formula One drivers may spend long periods sat at the wheel of their car, seemingly not doing anything quite as physical as a sprinter or a soccer star, yet the world-class contenders in this sport still have to be in good shape. A healthy body and a healthy mind go hand in hand, and this is as true in eSports as any other context.

The lack of competition

While eSports viewership is on the rise, it is still dwarfed by many other major sports and is also far more fragmented, since there are so many different games and sub-genres that have their own niche following.

In turn, this means that there are a relatively small number of professional players and teams, particularly when compared with established real-world sports. There are a handful of top players and millions of aspiring amateurs, which might suggest that the upper echelons are not as competitive and thus not as compelling to watch.

This assumption is also a little misleading, although it is worth remembering that eSports has only been around for a couple of decades and is only really getting the attention it deserves right around now.

They have a lot of catching up to do, but significant investments are being made to ensure that the rewards for pursuing a career as a professional are significant. For example, last year a tournament for the game Dota 2 had a prize pool of more than $30 million, and developers of other high profile titles like Fortnite and CS:GO are spending similarly hefty sums to drum up attention.

Naysayers continue to deride the idea that eSports are ‘real’ sports because, from an outside perspective, it is difficult to work out what is going on, let alone to understand why the top players are seen as so skillful. Anyone can see a soccer pro score a stunning goal and realise why that is worth celebrating, whereas it takes a lot of in-depth knowledge of a game’s mechanics to get a similar thrill from watching the finals of a StarCraft 2 tournament, for example.

The good news for eSports fans is that a new generation of players and viewers are being raised with easy access to a wide range of games and coverage, meaning that a lot of these arguments against considering them real sports will melt away with time.

The case for Sidney Crosby as hockey's GOAT