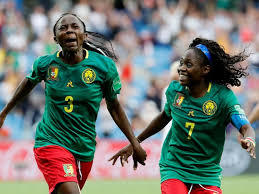 On Sunday 23rd June at the FIFA Women’ss World Cup in France, England beat Cameroon 3-0 and progressed to the quarterfinals of the competition. It was a confident and capable performance from the Lionesses, but that’s not what anybody will remember this fixture for it years to come. Instead, it will be talked about for the incredible scenes which followed the awarding of England’s second goal, and the subsequent disallowing of what would have been a Cameroon goal – both of which were decisions reviewed by VAR. VAR was brought into football to make decisions easier and fairer. It was never intended to cause drama like this. 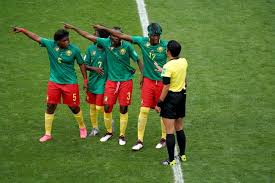 The Imperfections of VAR

The integration of VAR into the global game is still in its infancy, and the process is still a long way from being perfect. As the system will be used every week during top-flight games across Europe as of next season, it’s to be hoped that the execution of VAR decisions can be sped up and presented with more clarity, else the entire process is going to be counterproductive. As we saw at last year’s men’s world cup – and on many occasions during the Champions League campaign, such as the infamous penalty awarded to Manchester United against Paris Saint Germain – VAR is currently causing more problems than it solves. Referees seem to take an age to review decisions even with video assistance, and sometimes the resultant decisions don’t appear to tally with the evidence that people can see.

Fans have clamored for years for technology to be allowed to play a greater role in football – there are few things worse than your favorite team suffering in a major fixture because of a bad decision made by a referee. VAR is supposed to cut out those decisions, or allow them to be corrected. If applied badly, though, it only makes things worse. Nobody wants to watch endless replays of the same incident, wondering if their side is about to win the penalty lottery. On occasion, it feels like video assistant referees are playing casino games instead of reviewing the footage; they watch the game play out like a gambler spinning the reels, and then award a decision which is no more predictable than the random output of symbols on a slot machine in a casino. Sticking with the casino metaphor, that makes betting on the outcome of matches more difficult. If technology steps in and awards phantom penalties where no penalty seemed to exist, or offside decisions where a matter of centimeters seems to have made the difference, then any team is vulnerable to a bad call at any moment. You really might as well save the money you spend on sports betting and put it on UK slots games instead; you’d have around the same chance of forecasting the outcome.

On the occasion of this England – Cameroon encounter, VAR actually did most of its job right. It took a farcically long time, not helped by a weak performance from the referee on the field, but England’s second goal was onside. Scorer Ellen White was onside when she received the ball and took her shot, and the one England player offside was nowhere near interfering with play at the time. As Cameroon’s women started pointing at the screen and screaming at the referee, viewers were left to wonder whether they had a correct understanding of the rules.

There was also some controversy – from the Cameroonian point of view – about the awarding of an indirect free kick inside the box which led to England’s first goal. Cameroon protested less about this at the time, but did so vociferously after the game. The purpose of the complaints was unclear – a Cameroonian player played the ball back to the goalkeeper with her feet, and the keeper picked it up. It was as clear a violation of the back pass rule as you could ever hope to see.

By the time Cameroon’s goal was disallowed, the team was incensed. On this occasion, it was possible to feel some sympathy for the players. Video evidence suggested that Cameroon’s scorer may have been very marginally offside when receiving the ball before scoring. The spirit of the game has always been to give the benefit of the doubt to the attacking team in circumstances such as these, and it wasn’t given. The goal was struck off, and furious scenes followed. At one point, it appeared that Cameroon might have walked off the pitch and refused to continue the game. After long delays, they stayed on.

Both at half time and afterward, there were reports that the Cameroonian team and their coach were loudly accusing FIFA of racism in the tunnel. Cameroon has subsequently denied this. Even if they didn’t, it’s hard to remember a team losing control of their focus and temper in such a dramatic fashion at any major football event in the past.

Cameroon may have had the right to be angry at the disallowing of their goal, but aside from that, the VAR decisions were correct. There were also further instances where Cameroon could have been punished further had the referee on the field decided to go to the letter of the rules when it came to fouls. A violent elbow was thrown at an England player during the opening minutes of the clash. A sickening challenge on Steph Houghton as the contest drew to a close somehow only merited a yellow card even though the referee held the game up for several minutes once again to look at the tape. All things taken into account, despite their outrage, Cameroon may have been lucky to get away with it as lightly as they did. 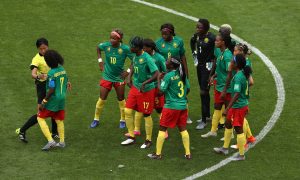 For VAR, it’s clear that more work needs to be done. A video review system is only useful if all officials apply the same rulings to the same scenarios. If one referee can look at an incident and give a different decision to another referee, then the system doesn’t help. For the sake of speed, it may be preferable for the decision to be made by the officials watching the tape in their office, and then relayed down to the referee. That way, there isn’t a further delay as the referee also reviews the tape, and subjective application of the law will hopefully be less of an issue.

For Cameroon, one would expect a serious period of introspection, during which hard questions must be asked of their discipline and their understanding of the rules of football. For the Women’s World Cup in general – hopefully, it can draw to a close without the repetition of further scenes like these.