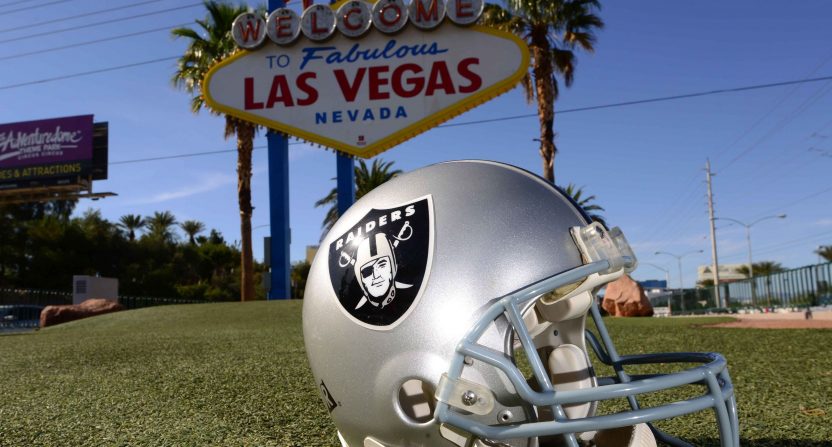 For almost as long as people have played them, people have bet on sports. Today, the worldwide industry is worth billions of dollars and thanks to the internet, is enjoyed by more people than ever before.

In this article, we’ll look at the history of sports betting, where the industry is at today, and speculate of the future of sports betting – particularly in the wake of the recent PASPA repeal, as well as technological developments such as cryptocurrency payment methods.

Tracing the history of sports betting gives historians a headache. It’s difficult to say exactly when the phenomena started. However, academia does largely agree that the Ancient Romans were known enjoy a bet on chariot races. Like today, back then there were regulations in place though. One example was that bets were only allowed to be taken in the city of Rome itself. As history highlights, legality didn’t necessarily matter to the punters of the day and evidence exists of people betting on early sporting events outside of the legally sanctioned services.

It’s tricky to categorically state whether the activities of the Ancient Romans resembled the kind of sports betting we’re familiar with today. The origins of the modern bookmaker seem to largely stem from the popularity of betting on horse racing in the UK during the eighteenth century. This quickly spread to the likes of the US, Canada, and New Zealand as the Brits explored the globe. These nations would be the first in modern times to create formal legislation on the activity. In some jurisdictions betting on sports was outlawed. Meanwhile, others (such as the UK) allowed certain forms of bookmaking.

One of the most major events to impact the UK market was the passing of the 1960 Betting and Gaming Act. This allowed for bookmakers to be set up away from race tracks and thus expand their offerings to include events like football, cricket, or greyhound racing amongst other sports.

On the other side of the pond, the US has endured a rather different legal climate to that of the UK. Various pieces of legislation have attempted to stamp out the vice of gambling on sports over the years. These have included the Federal Wire Act of 1961 and the Professional and Amateur Sports Protection Act (PASPA). These have largely been prompted by high profile match fixing scandals such as North Carolina Boston College, and Tulane.

Of course, as in Ancient Rome, those wanting to gamble on sports found a way to do just that. Many black markets emerged. For most of the twentieth century and into the twenty-first, bars, clubs, and casinos were the venue for sports betting fans, learn more here.

As with many aspects of modern life, the invention of the internet has revolutionised the sports betting industry of both regulated and unregulated markets.

In places like the UK and much of Europe where gambling on sports is legal, the internet has encouraged competition as several firms have stepped up to offer their services to the regulated market has soared. Coupled with extensive watchdogging of the industry from the world-renowned UK Gambling Commission, as well as other non-government entities, this has created a vibrant space with many options for punters. Operators must compete on all fronts to offer the best service or be left behind. This includes providing the latest games, the largest selection of deposit options, and the juiciest bonuses, amongst other things.

Meanwhile, in prohibited nations like the US, the internet has also provided more choice for those wanting to bet on sports. For example, in the pre-internet days, those partaking in the activity were likely forced to choose from a very small number of black-market options. The world wide web opened a huge number of additional operators willing to offer their services to US citizens. There are many resources that provide easy access to a full range of sites that are willing to flout the law and accept American players. Many have come up with innovative ways to offer no deposit methods to get your money to them.

These operators might be licensed elsewhere, making them instantly more reputable than if you were placing a punt in an unlicensed, land-based venue in your locality. Although customer support was still essentially non-existent for US players, the internet still allows for a far greater choice when it comes to sportsbook providers.

Today, the global landscape of sports betting continues to evolve. This summer, the US Senate found that the PASPA legislation was unconstitutional. It has since repealed it. This has left the right to choose whether to operate sportsbooks in the hands of the states themselves.

With such a massive potential market, the PASPA repeal is big news for the entire global industry. It presents opportunities for local players, casino operators around the world, and affiliate marketers alike. Estimates at the size of the market potentially about to open in the likes of New Jersey, Delaware, and as many as 32 other states range from around $67 billion to a staggering $150 billion. Evidently, with so much money on the table, it will be worth it for offshore operators and other industry participants to jump through a few bureaucratic hoops to gain access to the US market.

With massive advances in technology occurring far more frequently, all of gambling is currently in a state of flux. The internet going from the home to the phone has been one such transformation, which is still underway. For the first time in history, people have the power to put on sports bets no matter where they are and at any time of the day or night. This is a massive opportunity that the industry has already capitalised upon.

Meanwhile, other innovations could favourably disrupt the industry too. One example would be cryptocurrencies. Digital assets such as bitcoin allow for near instant, near free transactions. They could speed up withdrawal times to just minutes and dramatically reduce bookmakers’ overheads, allowing savings to be passed on to the punter. This could take the form of free bets, bonus funds, or free spins on casino-type games.

Also exciting on the horizon is the introduction of betting on eSports. As an entirely new form of sporting event that is enjoyed predominately by younger generations, eSports betting represents a way for bookmakers to appeal to an entirely new demographic. What’s more, players can back themselves in an eSports event in much the same way they would buy entry to a poker tournament with real money prizes.

With huge markets such as the US finally becoming regulated and technological innovation coming at an increasing rate, the future of sports booking looks very bright indeed. Here’s to another 20 or so years of prosperity!