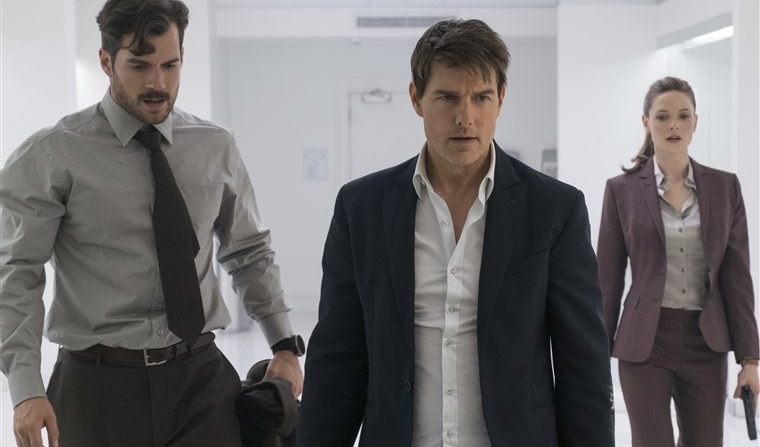 I am a huge fan of going to the movies. I do movie reviews for The Comeback, and I estimate in a week I watch roughly half a days worth of movies. When I need to pass the time, I will just throw a film on.

I usually get an opportunity to catch movies right when they come out because my girlfriend is kind enough to put up with my movie obsession. Not a fan of Mission: Impossible, I had to wait until a hot August night to go see the movie with my family.

The air conditioning in their home went out, and they decided dinner and a movie on a weeknight would be a better solution than turning into a soupy mess inside of their early 20th century home. My dad studied cinematography in college and has always been a joy to see movies with and my mother has always had great taste in movies. Any indie movie that I have wanted to see over the years she has always been more than game to see it with me.

For whatever reason, my mother may have switched over into old lady mode when we watched one of the most popular Summer blockbusters of 2018, Mission: Impossible – Fallout. She openly discussed before, during, and after the movie about how much she just didn’t care for the movie.

I enjoyed the movie a lot, but her thoughts may appeal to those that just aren’t sure how to feel about Fallout.

Here are her three best complaints:

These were the first words to come out of my mom’s mouth after the movie was over. She even did it in the sing-songy voice. She is well aware of MacGyver; she just thought the movie was hokier than anything. She even quoted the famous line, “thirty seconds MacGruber!”

It had me shook. Was the movie really that campy or am I just not in tune?

“When do you get to stop suspending disbelief?”

After a slight argument over what the point of the movie was my mom decided to say that it was all a little bit too convenient. I told her if it was convenient it would be called Mission: Possible and it wouldn’t be a very long movie. She didn’t like that and thought the constant close calls were more tiresome than anything. It leads us to maybe her most valid complaint of the bunch.

“It was kind of the same thing over and over at the end.”

She said that despite it all it felt like they were escaping and going through the same conversation over and over again. In an action film, you’re going to get exposition, and certain characters will be more one-dimensional than others. When you see Tom Cruise and Henry Cavill’s characters argue for the third time in a movie, you get the point and just want to move on.

Sam is a self proclaimed chess prodigy. He once placed seventh in the state of Ohio in Chess when he was in kindergarten. He will rarely if ever mention though that only eight people were entered in this tournament. Contact him at sblaze17@gmail.com